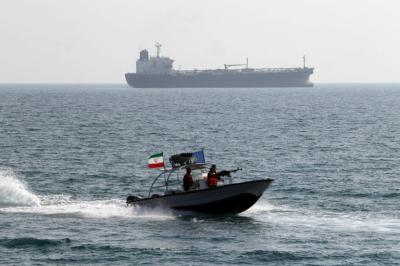 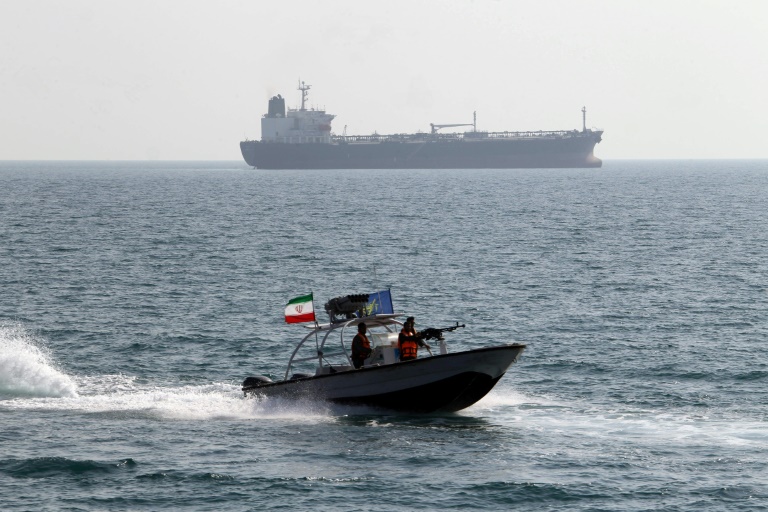 Tehran: Iran’s Revolutionary Guards said Thursday they had detained a “foreign tanker” and its 12 crew for allegedly smuggling fuel, the latest incident in a tense standoff in the Gulf.

The announcement came after Tehran said it had come to the aid of a foreign tanker after receiving a distress call, but made no mention of the vessel being seized.

The Guards did not confirm whether the vessel they had detained Sunday in the highly sensitive Strait of Hormuz was the same ship as that mentioned Tuesday by the foreign ministry.

“With a capacity of two million barrels and 12 foreign crew on board, the vessel was en route to deliver contraband fuel received from Iranian boats to foreign ships in farther regions when it was intercepted,” the force’s Sepahnews website said.

The ship was seized south of the Iranian island of Larak, the Guards said, without detailing its name or provenance.

On Thursday, Iranian television broadcast footage appearing to show patrol boats of a kind used by the Guards, circling a tanker marked “Riah” and “Panama”.

The video also included shots apparently taken from onboard the tanker.

Oil shipping monitor TankerTrackers reported that the Panamanian-flagged tanker Riah, used in the Strait of Hormuz “for fuelling other vessels”, had crossed into Iranian waters on Sunday.

It said the tanker’s automatic identification system had then stopped sending signals.

Officials have said Iran had come to the rescue of an ailing tanker on Sunday.

The incident is the latest of a series of events that have raised fears of a regional conflict involving the US and its Gulf allies.

US President Donald Trump ordered air strikes against Iran in June after Tehran downed an American drone, but called them off at the last minute.

Washington has blamed Tehran for a series of tanker attacks in recent months in the Gulf, charges Iran denies.

US Central Command chief Kenneth McKenzie pledged Thursday to work “aggressively” to ensure freedom of navigation in the highly sensitive Gulf waters, a conduit for much of the world’s crude oil.

“We are going to work very aggressively with our partners… to come to a solution that will enable the free passage of critical oil and other commodities… through the region,” McKenzie told reporters at an air base in Saudi Arabia, a key US ally.

The tensions come after Trump last year withdrew from a multinational deal under which Iran drastically scaled back its nuclear programme in exchange for relief from sanctions.

Russian President Vladimir Putin and his French counterpart Emmanuel Macron agreed Thursday on the need to “consolidate efforts” to save the deal, an “important factor in ensuring security in the Middle East”, the Kremlin said.

Iran’s President Hassan Rouhani also urged Europe on Thursday to “accelerate” its efforts to salvage the deal during a phone call with Macron, saying “Iran is determined to keep open all options” to preserve the agreement, according to a statement on the government’s official website.

He warned Macron that “missed opportunities” would force Iran to drop further commitments under the deal, after it withdrew from some limits on its nuclear activities in May.

The United States said last week it was discussing military escorts for vessels in the Gulf after Britain claimed Iranian boats threatened one of its tankers.

London said three Iranian vessels had attempted to “impede the passage” of a British oil tanker in Gulf waters, forcing its warship HMS Montrose to intervene.

Iran has rejected the accusation, which followed Tehran warning of “consequences” over an Iranian tanker being seized off the coast of Gibraltar earlier this month.

British Royal Marines helped the Gibraltar authorities detain the vessel, which US officials believe was trying to deliver oil to Syria in violation of separate sets of EU and US sanctions — a claim denied by Iran.