Lebanon is home to an estimated 1.5 to 2 million refugees who have fled the conflict that erupted in 2011 when the Syrian regime repressed initially peaceful protests. 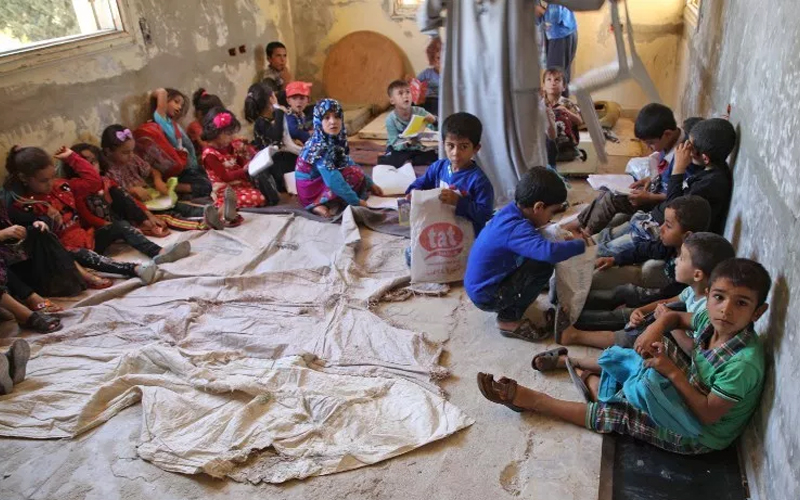 The authorities in April set a June 9 deadline for Syrian refugees living in shelters built with materials other than timber and plastic sheeting in Arsal to bring their homes into compliance.

In Arsal, which lies in northeastern Lebanon, more than 5,000 structures made with concrete are slated for demolition. Similar measures could affect other communities in the near future.

Lebanon allows only informal camps for Syrian refugees to prevent permanent settlements that would affect its delicate demographic balance.

Three international aid agencies — Save the Children, World Vision and Terre des Hommes — warned that children were most at risk and urged the government to hold off.

“For a child who barely eats, and often doesn’t go to school, losing a home is extremely traumatic. And we are talking about 15,000 children,” said Piotr Sasin from the Swiss-based Terre des Hommes charity.

The joint statement warned that the “demolition of many of these homes could result in the destruction of household water and sanitation systems, leaving children at high risk of illness and disease.”

Lebanon is home to an estimated 1.5 to 2 million refugees who have fled the conflict that erupted in 2011 when the Syrian regime repressed initially peaceful protests.

Lebanon’s economic and other woes are routinely blamed on Syrian refugees by local politicians and the government has ratcheted up the pressure to send them back.